The method of loci and Person-Action-Object (PAO) are two kinds of mnemonic memory devices used to visualize and recall any given information. The idea behind it is to build a bridge between newly learned material and something familiar. The Loci method itself is quite old and was invented by Greek philosopher Cicero. Let's check out how the method of loci and Person-Action-Object techniques help us memorize new information.

The Method of Loci 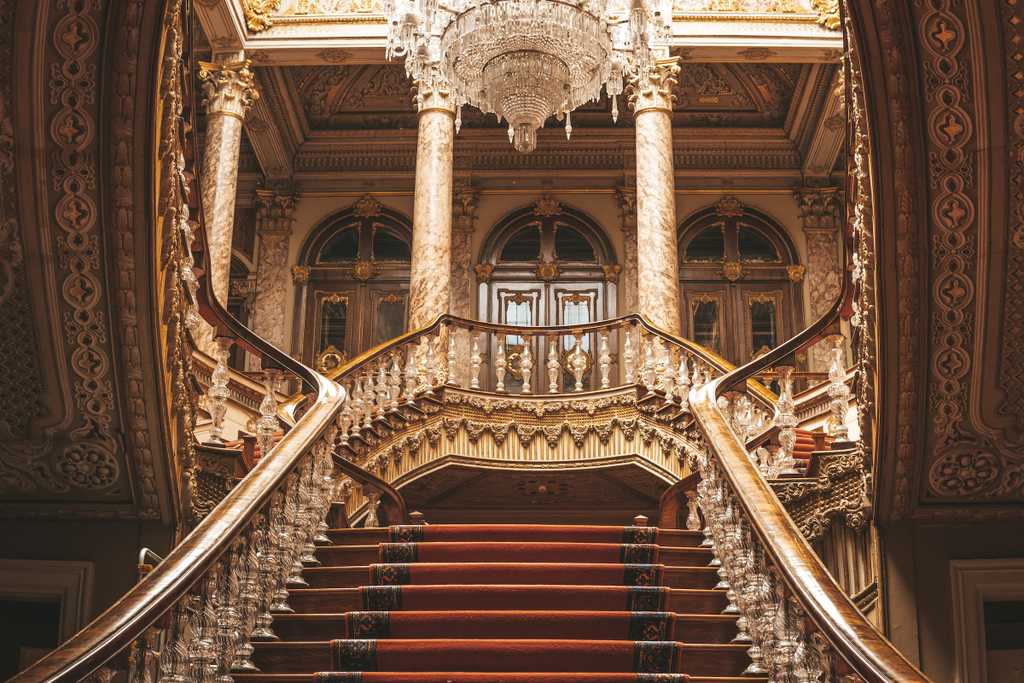 The method of loci is often described as a “memory palace” because the method can be used to memorize names, a number sequence, or vocabulary by assigning them to a location.

The next time you sit down, you remember that you placed something on your chair. It’s the word “extraordinary.”

This is the original premise behind the loci memory technique. 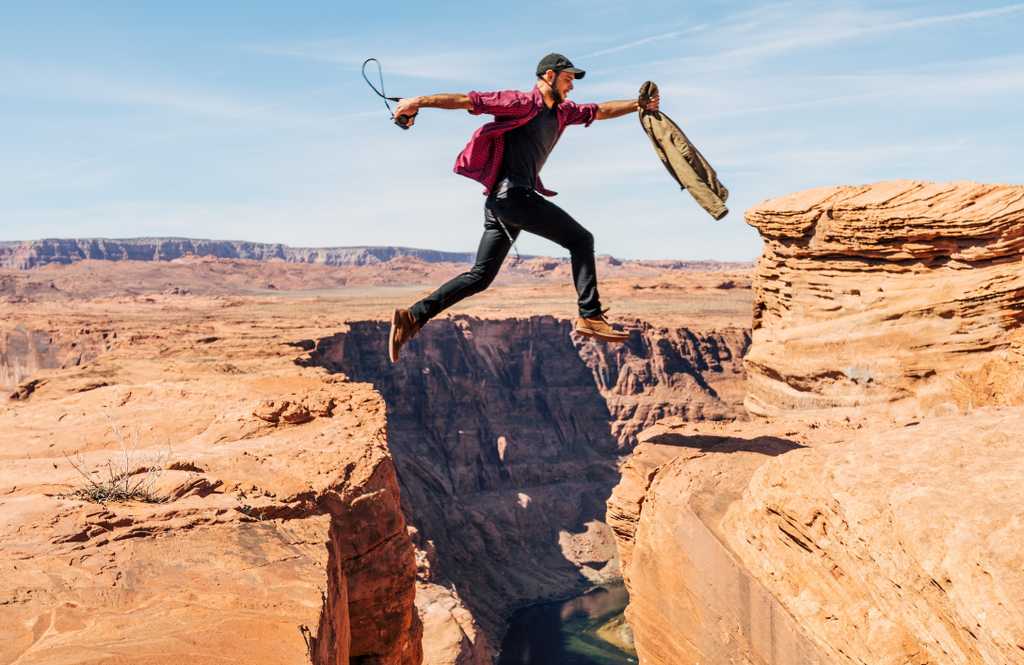 Now you have created an image-word association.

In all these cases, memorization becomes easier when the mind starts to assign meaning and through it understands what is being memorized.

Here is another example:

Suppose you try to recall the name of a new friend. His first name is Gary. You know his face; you have seen him many times, but his name just evades you. Sometimes pictures speak louder than words. So, let’s use them to remember the words (a name in this case).

What stands out to you about Gary's appearance? Notice that Gary wears glasses, has brown hair and a scruffy beard. The word "glasses" begins with a letter "G", just like Gary's name, and the phrase "brown beard" sounds very close to "brown bear." The first syllable of "Gary" (Gar-) also sounds close to "bear" but with a "g" consonant instead of a "b." Let's make an association: 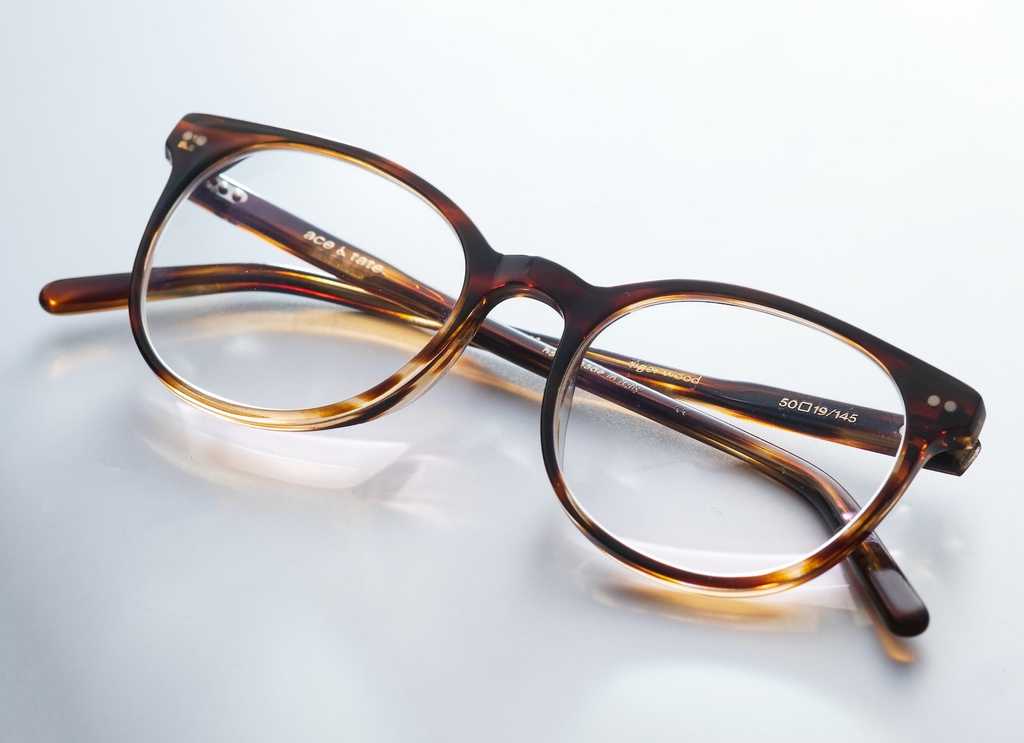 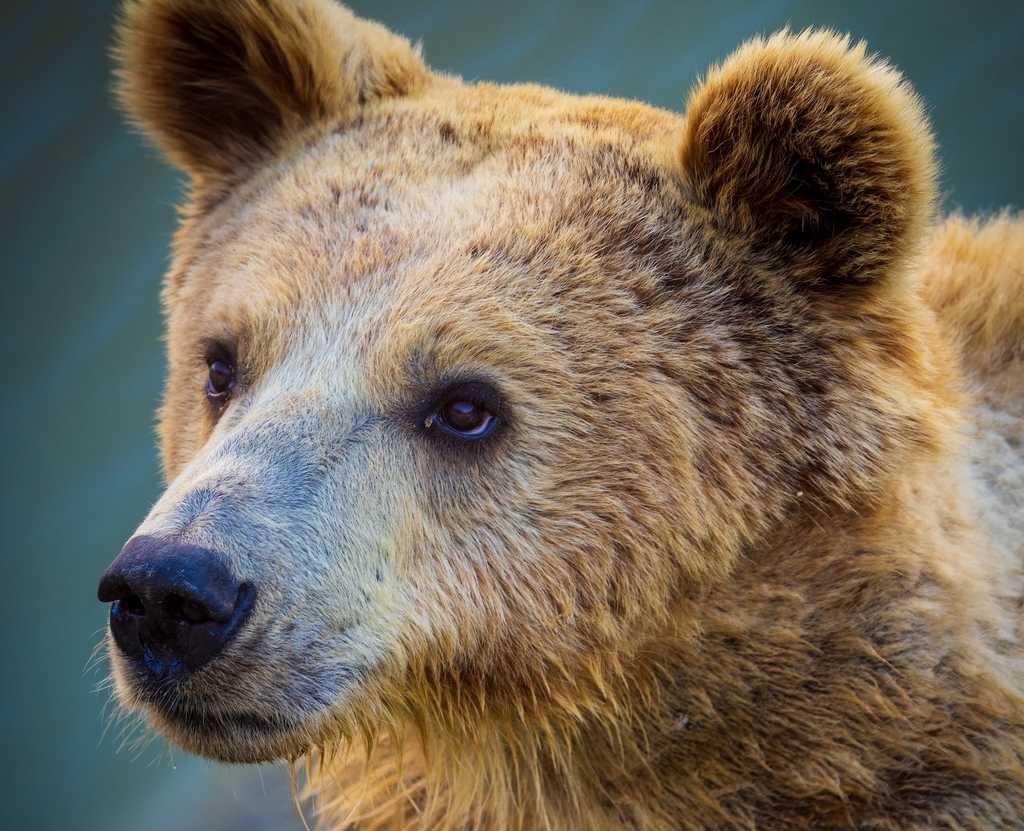 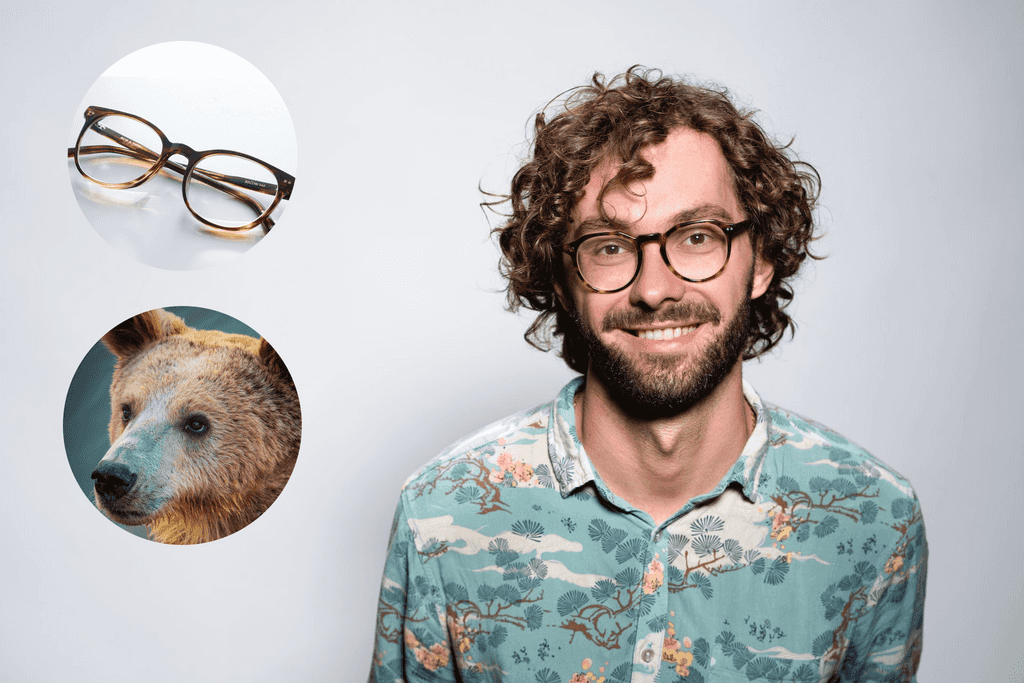 Now when we try to think of Gary, we can quickly reach for these image associations: "Glasses... on a brown bear... erm, 'bear-y'? Ah, Gary! That's it!" 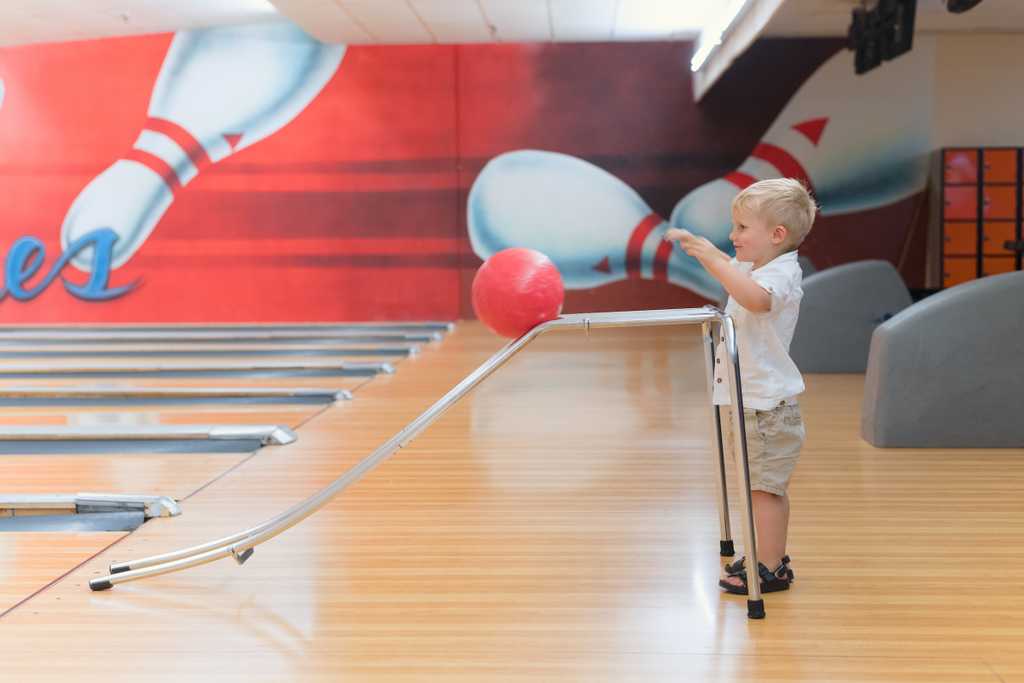 The Person-Action-Object (PAO) method is another memory device, which works well to help recall story plots like a movie, a book, or anything with a sequence. PAO also helps to chunk information into smaller parts and summarize events.

“First, I wake up in the morning. Then I walk down the street and I buy a coffee.”

The P's (person) are marked in blue, the A's (action) are in purple, the O's (object) are marked in orange. In short, this can be remembered as “I-wake up-morning”, “I-walk-street”, “I-buy-coffee.”

Along with these sentences, we also just created two distinct mental images. Now, instead of remembering a string of sentences we have two kinds of information – the PAOs and the images. Together. The PAOs and images can be combined into meaningful context and make for a stronger impression.

In our more advanced Pre-B1 Eigopop episodes we combine our versions of familiar fairy tales from around the world with this PAO memorization approach to help students internalize and retell stories in their own words. PAOs here are used more freely to help chunk information into smaller pieces instead of strictly fitting words in the Person-Action-Object system.

Here is an example from an Eigopop Pre-B1 episode inspired by the folk tale of “Aladdin” from "One Thousand And One Nights" by Hanna Diyab:

Aladdin and his monkey Alex lived on a street just behind the town’s market. The market was always very noisy and crowded. One morning, Aladdin stole a banana and climbed up a tower to eat it with Alex. They looked at the king’s palace…

Aladdin said, “I wish I could live in a palace like that. I want to be a king one day.” Alex laughed so hard, as if Aladdin was crazy…

On that very same day, something unusual happened. Aladdin went for a walk in the afternoon when he met an old man and his enchanted pet penguin named Diego… 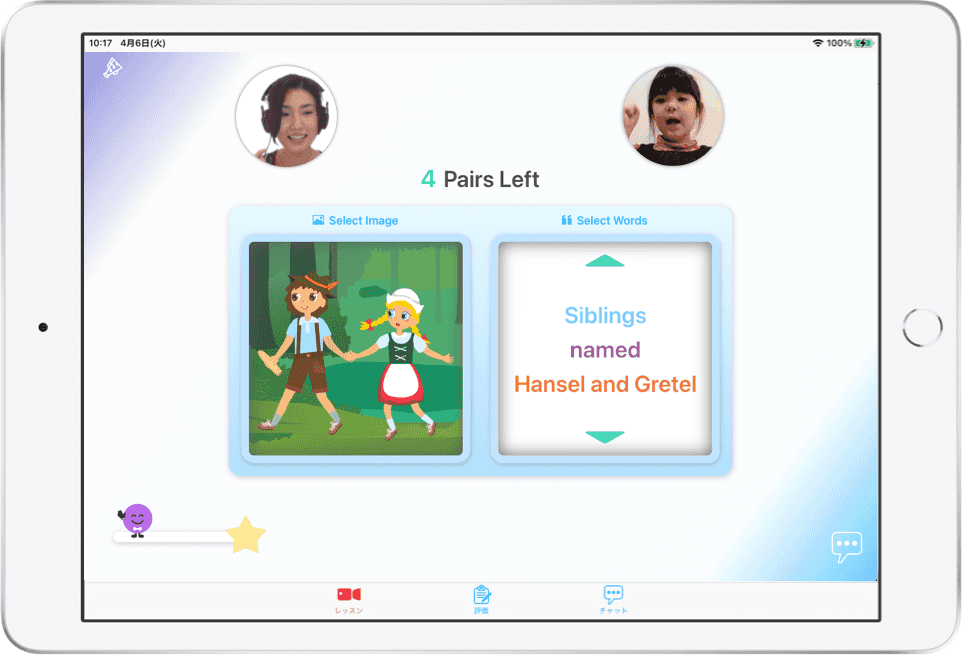 Our in-lesson activities such as the "Memory Activity" feature a gamification mode that helps students to match story illustrations with PAO phrases. Take for example the beginning of “Peach Boy”:

“Once upon a time there was a boy who was born out of a peach. The boy grew up to be very strong.”

For young learners this can be quite a long sentence, but if memorized as “boy-born-peach” and “boy-grow-strong” the basic content of the story can be recalled much easier. 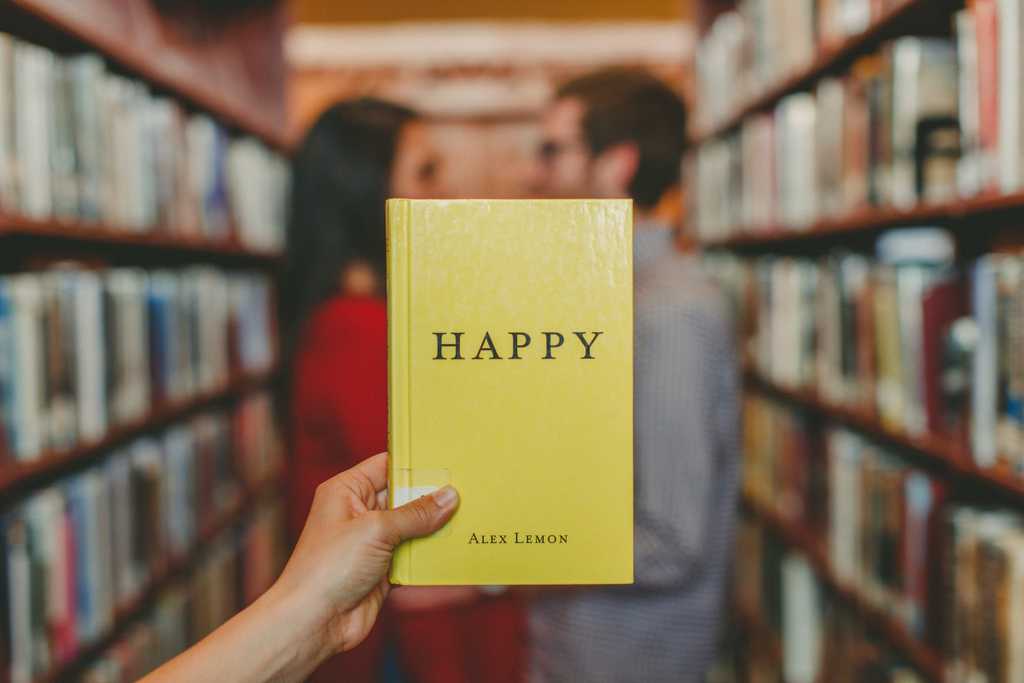 Like our approach of combining Gestures and Karaoke with language our PAO activities help children to build bridges between two kinds of information.

Instead of only teaching pure pronunciation, vocabulary, and phrases our aim is to help children to learn more effectively. We do this because the brain has an easier time if learning not in isolation but in context.

Ultimately, learning can be a creative process where meaning is not simply something to be passively attained but gained through active means-- shaped in our minds by how we synthesize information that we already understand with what we seek to comprehend and master.